Since the initial completion of the Human Genome Project in 2003, which gave humankind the ability to read nature’s complete genetic blueprint for building a human being, people across the world have become fascinated with understanding what they’re made of, who and where they have descended from, and using this information to screen their health via DNA testing.

Now in 2021, thanks to the skyrocketing advance of digital technology, New Zealanders can easily access many of these services without a prescription or need to see a medical specialist first. You can get this information at your fingertips for as little as over $150 for home ancestry tests – a figure that sat up in the thousands just a decade earlier.

How Does DNA Testing Work?

Depending on the testing company you use and the information you’re hoping to find, all you need to do is provide a small sample of saliva – less than a quarter of a teaspoon – to get your results. Other genetic tests often done with a health professional require a small blood sample. From there, your sample is sent to a laboratory to be analysed, giving you the results either directly in a very simplified and easy-to-understand format, or to your health professional to explain the more detailed findings, often when investigating a genetic health concern like Alzheimer’s.

What Can DNA Testing Tell You?

For many New Zealanders at present, a big focus of DNA testing is uncovering their ancestry and heritage. This is often part of a bigger search for identity, connection, the exciting potential to uncover new relatives – or just out of interest where family members have passed away early and knowledge of their lives and heritage had not been passed on in much detail.

Confirming or ruling out a diagnosis

If you’re unwell or experiencing symptoms that may indicate a genetic health condition, DNA testing may be done to either confirm the diagnosis or rule it out. Common examples include cystic fibrosis and Huntington’s disease. If your parents have a genetic disease, you may also wish to test your DNA to determine whether you have it too, especially where symptoms only tend to present in later life.

Prenatal testing means testing your baby’s genes in utero, while you’re pregnant, to detect genetic abnormalities that may indicate conditions like Down’s Syndrome or Trisomy 18. In New Zealand, there is a common version of this test recommended for expectant mothers aged 35 years and over, called the NIPT test. It is completely non-invasive, testing the mother’s blood to examine the baby’s DNA – the baby and uterus remain untouched. The results may look like being told that your baby is either ‘low risk’ for a certain condition, or telling you the risk level, like that they have a 1 in 500 chance of having a specific condition.

These ‘predictive’ tests give you an insight into the chances of developing a certain genetic condition based on your DNA, as opposed to telling you a definitive ‘yes’ or ‘no’. For example, identifying your risk of developing specific types of colorectal cancer. While it may be difficult to know what to do with these results and it doesn’t give an insight into how severely you will be affected if you are, many use it as an opportunity to create a healthier lifestyle to better manage the symptoms and impact of the conditions if they do arise.

Insight into diet and metabolism

Genetic testing can also give you an insight into your metabolism, weight loss tendencies, muscle power and much more. This can be used with a health professional to guide a nutrition and fitness plan where other methods of weight loss have failed.

If you’re a known carrier of a disease, or you’re at risk of having a specific genetic condition, you may wish to get tested together with your partner to understand if you both are carriers for conditions that may then be passed down to your children.

Be Careful What You Wish For

Any form of genetic testing comes with an important caveat: you may receive results you didn’t expect, weren’t prepared for – or may not have wanted to know. It takes just a few seconds of exploring the media to find countless stories of people learning that their dad isn’t their biological father, impacting not only their own lives but entire families and generations – as looking into your DNA inadvertently looks into that of your family.

Others may receive health information about a condition they’re linked to genetically that has not manifested yet – nor may not ever – yet the knowledge can cause significant distress. Other setbacks include that many genetic disorders arise as an interaction between genes and a person’s environment, the relationship between which is still poorly understood at present and so the results may be unreliable.

Should You Have Genetic Testing?

While some experts urge caution due to many being ill-equipped to handle genetic testing results, DNA testing has now become a common part of society, and one that comes with great fascination and intrigue. More than that, it can give people greater control over their health and a better sense of identity with regards to their heritage, all of which has the potential to positively contribute to their lives and wellbeing.

While the choice is completely yours, many New Zealanders are currently left without the ability to make this choice due to the upfront costs of the testing, especially specific practitioner-led medical testing for certain conditions or disorders. Up to 39% of New Zealanders currently avoid seeing their GP when they have a genuine medical need due to the upfront cost, so the idea of additional testing that may not be considered ‘essential’ has been unattainable for many – until now.

HealthNow is New Zealand’s first and only Buy Now, Pay Later (BNPL) platform dedicated to bridging the gap between a person’s health and the money they have in their bank account – at absolutely no cost to New Zealand health consumers. This is a big change from traditional BNPL services that charge users interest on their purchases, hiking up the cost of their purchases and leaving them with less money to put towards their health each month.

HealthNow is accessed as a free app, splitting the total cost of your healthcare service or appointment, including genetic testing, over up to six weeks, so the amount you have to pay on the day you order your testing is a fraction of the total price. With the testing provider getting paid in full on the day by HealthNow, it’s a win-win for all.

Starting with HealthNow is free and easy – just sign up on the app and start using it to pay for your health products and services. You can also check out HealthNow’s full benefits and features, including a health wallet to store funds set aside for health services that can be contributed to by others including your employer. Health insurance or Employer Aid: The Health Initiative That Works

Whether we take extremely good care of our health and well-being daily, or we’ve spent decades putting it ... 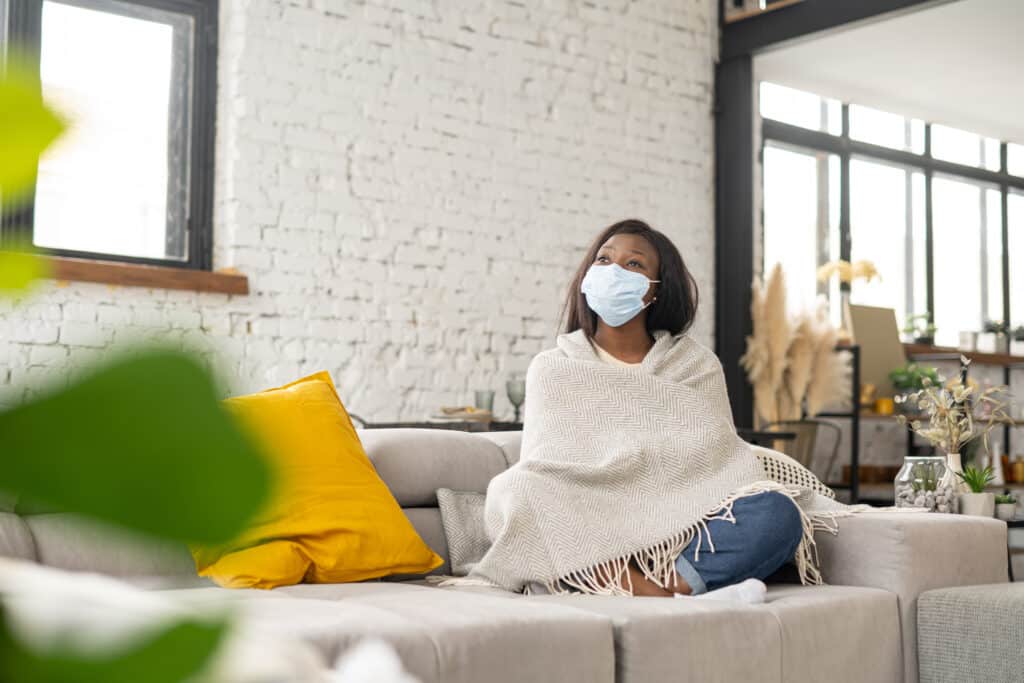 Lockdown Fatigue: Why You Need To Give Yourself A Break

We’re living through a global health crisis. And we’re reminded of it every single day. We have daily ...